If you will go through this blog you will notice that my last post was around three months ago. No, it’s not because I dumped it but because I was unable to think what to write. This is the truth and I will not lie about it. Being here again after a long time I never wanted to make a comeback with such a tumultuous topic, but this needs to be discussed.

Reading, listening and watching the recent sizzling subject of debate-the dilution of SC/ST castes booming everywhere has sowed the seed of this question in my mind. The never to be forgotten Gurjar Aandolan in Rajasthan, the infamous Ram Rahim case, popping up of Hindu Muslim riots time and again, releasing of Padmavat and now this. These are just the ones which were highlighted, however there are a lot more hidden cases which have done no less in questioning humanity. Not a single rule is changed and there are hell lot of controversies leading to violence and loss that too within seconds. People are out on roads, creating havoc, disturbing common life just in the name of their rights, their freedom, their happiness and the list goes on…Nobody thinks of the nation as a whole, nobody thinks what will happen next. Well… I, you and the entire crowd out there doesn’t know about the results and who is the mastermind behind all the chaos but we all know that this is not what a free India expected, this is not what development means and this is surely not ‘Incredible India’.

The never ending case of Kashmir and the increasing bombings at the border everyday are not enough to make people understand that nation is in need of a united cooperation. Instead everybody is busy fighting with one another just to get all the rules and regulations in favour, so that they need not do any constructive hard work!

What is the SC/ST dilution all about?

The Quint reported that on 20th March the Supreme court said, hostility towards the lower caste by other castes will only be taken when there is a written permission from their appointing authority in public sector. While in the case of private jobs the accused will be arrested only when the current Senior Superintendent of Police allows it. This law was amended because there were many cases of blackmails saying the lower castes misused this law in blackmailing innocent public servants and private individuals.
And what happened after this, we all know it.
The question here is not about the amendment of rules but it is about the reaction which we people have. Why is it always so negative, so harsh and devastating that it impacts the normal human life? I agree that to make yourself heard, you need to alarm the government but alarming doesn’t always go like this. There are strikes, there are marches and there are situations like ‘Bharat Bandh’ but why is there need of unnecessary destruction, fires and deaths?
Last year was full of such cases and this year also began on the note of disappointment when people had come out on the roads for issues like the ‘Padmavat controversy’. It is of course very sad to know that people living in India are moved on the topics which are not even worthy of it and the cases like rape are compromised with candle marches because ‘isme apna kya jata hai?’ but if we will not be violent against SC/ST dilution then ‘hum apne rights ko misuse kaise kar paenge, isme to apna hi jata hai.’
Maybe the problem is illiteracy, lack of knowledge, the opposition parties or the dumb, deaf and blind people who are influenced by anybody without waiting a second to sit back and think that what they will get after all this. But if situations like these continue, I am worried what will be the face of our dear nation in the coming years. Will India be fragmented into pieces? Will it justify unity in diversity? Is unity even left anywhere in India…?
People should wake up and fight for the issues that are critical instead of burning down the nation for no reason, Period 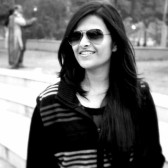